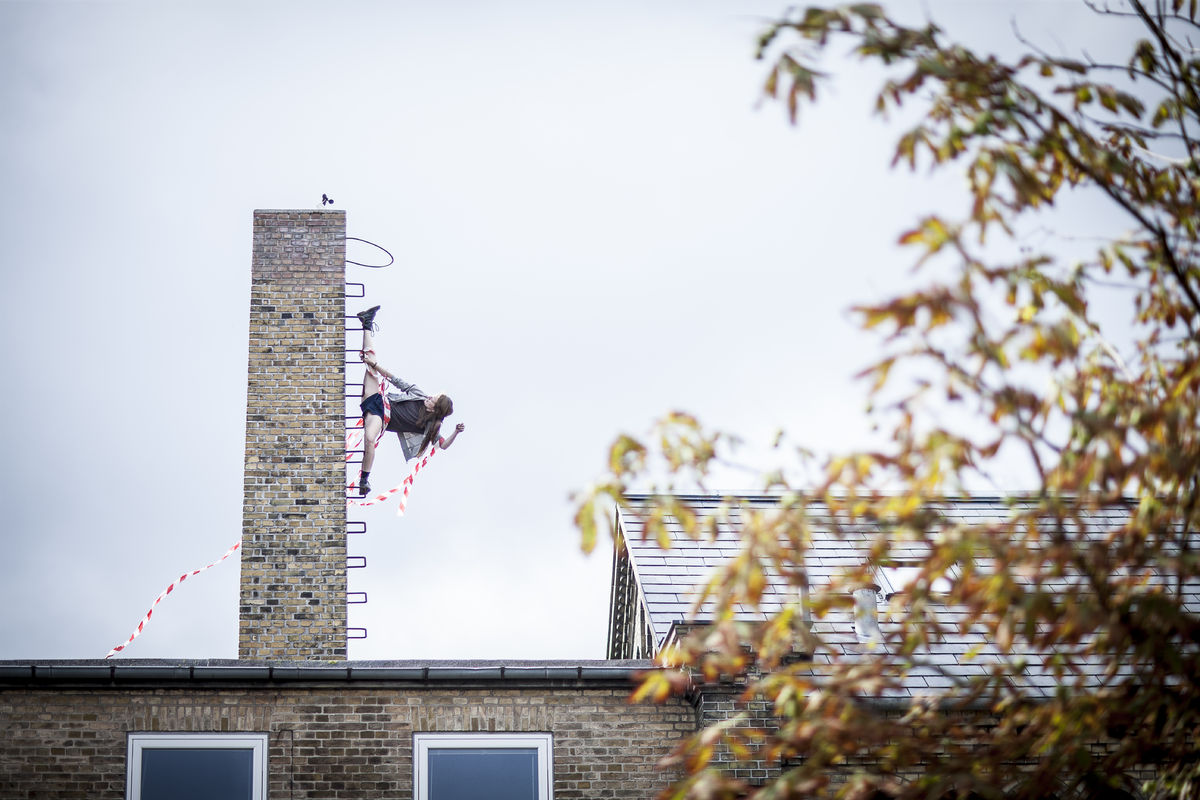 The five main partners of Roundabout Europe made their selection for the first edition of the project to encourage and maintain the circuit of residencies and festivals for outdoor arts in Europe. The five selected projects are Capital WOMEN by Léa Dant (FR), Black Market by LUIT (FR), Dummy Run by BANDART Production (HU), Hang out by Elika Brtnická (CZ) and Catch Me by Upswing (UK). Applications were sent by 147 applicants from 19 countries from all over the world and weighed based on the following criteria: high quality, strong and convincing artistic plan, need for capacity building and professionalisation, strong audience development and inclusion of underrepresented groups, easy to travel, tour and host.

About the chosen productions

Léa Dant is going to create a set of key performances that can be adapted and performed locally in different countries by several groups of women. The performances will carry the same core messages, but they will vary according to the actual groups of women recreating them. The project is based on a very strong and sensitive vision about the power of women which topic is not often staged in the outdoor arts scene. Moreover, it works with local people ensuring to build a strong bond with the audience.Residencies: Passage Festival (Denmark), Spoffin Festival (The Netherlands)

Mixing the dealers and traders codes, the performance questions the permission to desire outside the frames of the consuming society. Speaking becomes a place where you take a risk. Every scene is literally negotiated with the audience  the actors baffle the opposition between artists and public. The project offers a new form of performing at a marketplace. There are marketplaces in all European countries, but they all differ from each other. Therefore, we can expect completely different events in each country where Black Market will be performed. Residencies: Imaginarius (Portugal), Passage Festival (Denmark)

The show is going to represent the opposition between a human being and a technical creature. The concept is built on two characters: Alfred, the inventor and Ann, the curious robot. Real robots will be used in the performance as well as automatic robotic props. The concept of this performance is very visual and open to the young audiences. Makes it even more interesting the fact that working with real robots is very rare int the scene of outdoor arts. In 2020 technology is going to be the main topic of KoresponDance Festival, where BANDART Productions will perform. Residencies: KoresponDance (Czech Republic), Out There (United Kingdom)

This project is a research on architecture as an aerial equipment questioning the borders of sites. There are several spots in each town and city where people do not want or are not allowed to go. By entering these places, in her work Elika Brtnická brings up questions about such topics as ban, permission, border, danger or responsibility. This is a very refreshing, new and daring project and it opens a new approach of working site-specific. Residencies: Spoffin Festival (The Netherlands), Out There (United Kingdom)

Catch Me by Upswing (United Kingdom)

Every selected artists and artistic groups will participate in two residencies hosted by the festival partners. A new element of the programme was added after the main partners saw that the most artists have the same problems and questions on a practical level. Therefore, the programme starts with a common three-day-long meeting in Portugal in Santa Maria da Feira 9-11th May 2019.

Roundabout Europe is co-funded by the Creative Europe programme of the European Union.